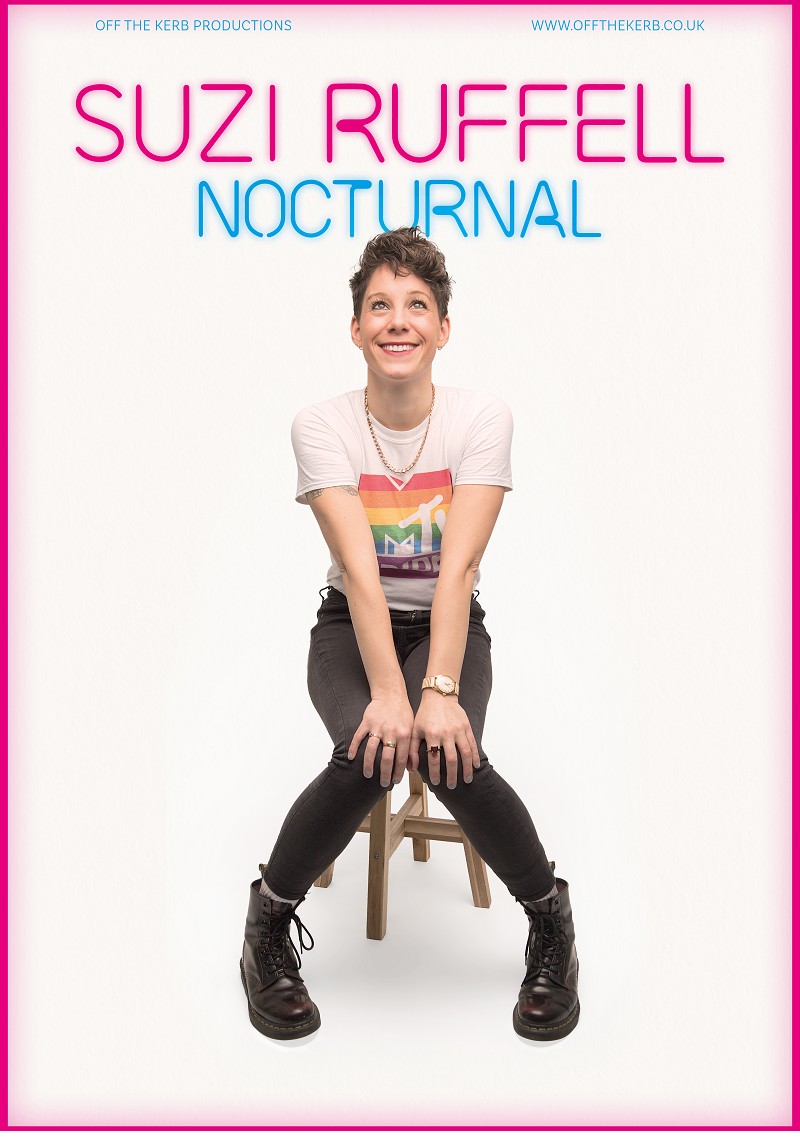 Star of Live At The Apollo, Live From The BBC, Mock The Week, Roast Battle and Live From The Comedy Store Suzi Ruffell takes her sell-out and critically acclaimed show Nocturnal on tour this Spring.

If you don’t have anxiety, I don’t think you’re concentrating! Suzi is worried about everything – from someone breaking into her flat, to human rights across the globe, to her cat’s quality of life – and it’s keeping her awake. Following last year’s critically acclaimed, sell-out run, this show is not to be missed.

‘Excellent hour of Stand Up’ ★★★★ The Sunday Times

‘The Artful Dodger in an 80s suit, her swagger is abundant, her delivery is on point, and the tempo of is up up up – never missing a beat’ The Skinny