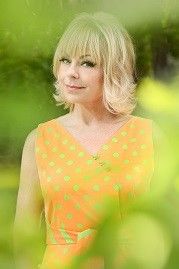 Mari’s live performances have become legendary since first arriving on the scene in 1982 with her 12 piece band, The Wilsations and her skyscraper beehive hairdo. Celebrated as The Neasden Queen of Soul, she had six hit singles, including her biggest hit, Just What I’ve Always Wanted, from the cult album, Showpeople.

Mari’s back on tour in 2020 with her stellar musicians to bring you a collection from her body of work over the years. Expect a “best of” featuring songs from all her albums including 1982’s Showpeople through to 2016’s Pop Deluxe and a few unusual surprises. Not forgetting the glamour Mari is known for!